On December 5th 2013, we organised a screening of Riot From Wrong, an award winning documentary produced by young film makers UK Fully Focused. It was a successful screening, followed by a wide ranging discussion. We were honoured to have Carole Duggan on the panel, whose nephew Mark’s death sparked the riots of 2011. The inquest into his death is due to report back 7th january. Also in attendance were the directors of the film and the members of West Croydon Voice.

A message from Ed Miliband was read out by Shadow Home Secretary Steve Reed MP for Croydon North. 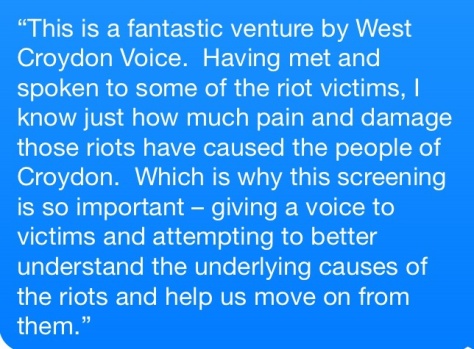 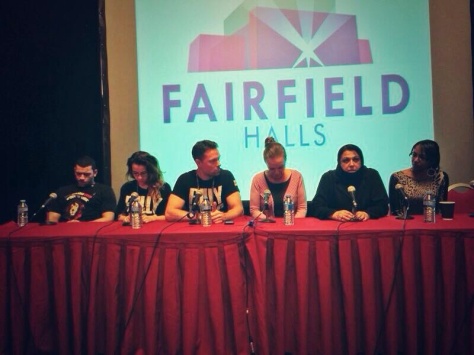 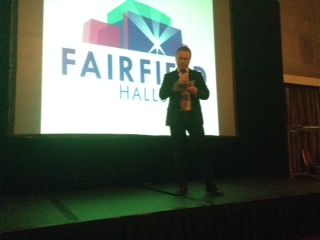 This was the second screening of this film in Croydon and we are hoping to carry on screening it to raise awareness of young people’s issues, especially those around EMA and youth unemployment.

We thank FairField halls for donating the venue, especially Simon Thompsett, Ninon Jerome and her team. We also thank Tony Newman and the local Labour Party for showing their support in attendance.

Read more about the event, by clicking the links below.

“Riot From Wrong screening at Fairfield Halls attended by no Conservatives”

“Learn “Riot from Wrong” with a documentary in Croydon”